Encompassing or explaining the plight of women in today’s world is a disheartening and daunting but necessary and ultimately hopeful endeavour made even more so by the unfortunately unending list of atrocities, assaults, and abuses of authority that continue to marginalized and victimize womyn. There is the immediacy of the protests incited in Iran, the history of violence brought forth by memorials for the massacre at École Polytechnique, and the struggles of those trying to make a solid future for victims of domestic violence.

For many students across the country and on our campus, the start of December means the beginning of buckle down time when their focus narrows on their studies and the approaching end of the semester. For some though, this time of year also marks a somber anniversary of the tragic end to the educational path and the lives’ journeys of 14 young women. On Dec. 6, 1989, a gunman separated men from women students inside the engineering school of École Polytechnique in Montreal before opening fire and killing 14 women and injuring others. 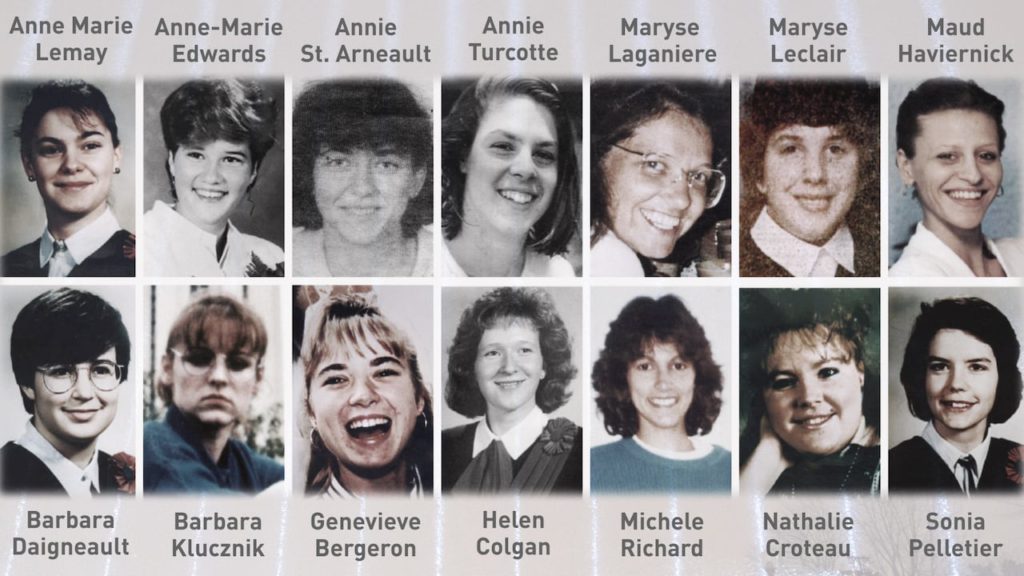 A collage of the victims of the École Polytechnique massacre. Photo courtesy of CBC

Last year, a series of femicides in Quebec – with an unofficial count putting the number at 18 since January 2021 – has renewed discussion of the violence towards women and the discrimination faced by female or female-presenting workers in the STEM fields, but it also has some advocates lamenting a lack of progress over gun control and in the fight to end violence against women.

No one should be a victim of violence and no one should be targeted because of their gender or gender identity. The victims of the École Polytechnique Massacre were exercising their human right to pursue an education and had their stories stopped short because of the fragile ego and fractured mentality of a disenfranchised male student. Paternal and fraternal systems overt and covert reinforce male entitlement and must be broken down in all encounters to educate young men that they are a part of this world and not its self-appointed master.

Female post-secondary students must deal with bias and barriers before they even step on campus due to sexism among faculty or academics. Their health can also be affected in traumatic manners as they can be targeted for sexual assault, rape, or as sadly seen on December 6th, 1989.

URSU promotes and protects human rights including gender agency, autonomous decision-making, and respect for the rights of others. We fight to make sure Education, Employment, and Empowerment is present in all areas and accessible to all people . 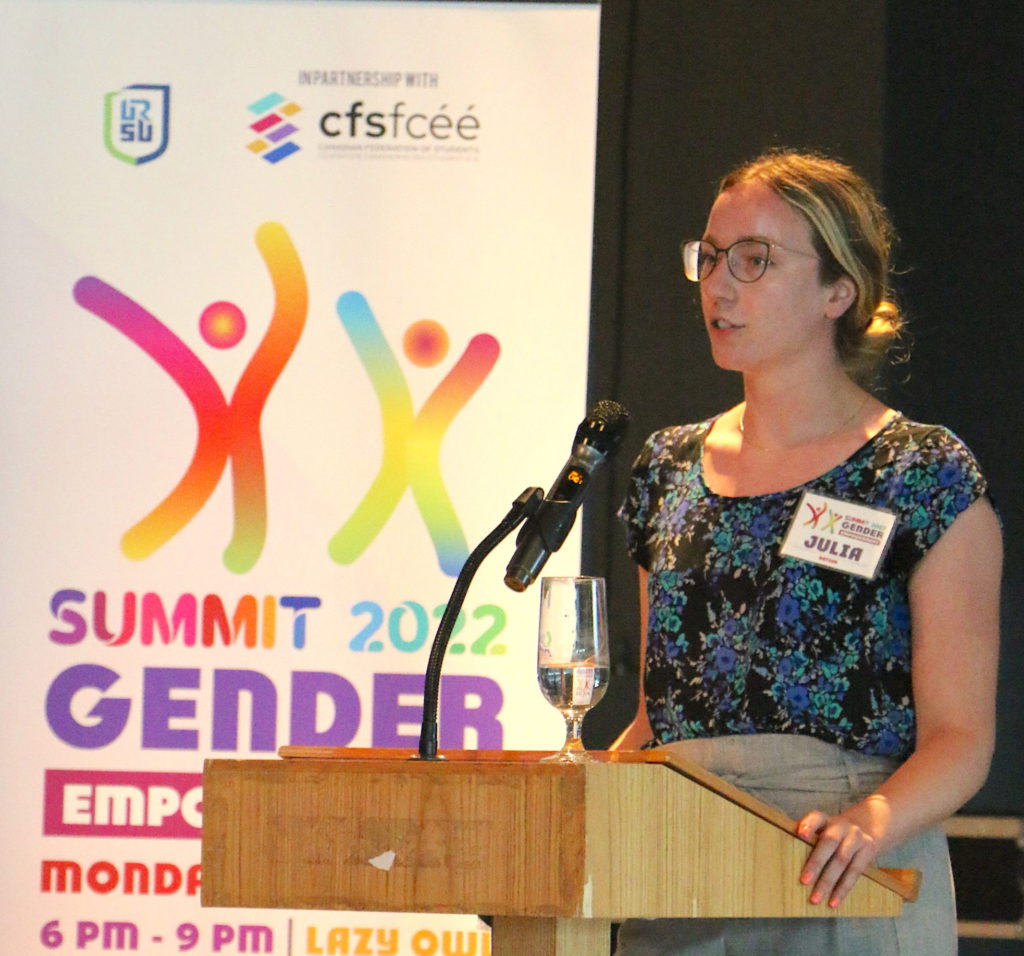 Today, closer to our campus and more urgently in our community, people are working hard to make the journey of victims of violence less difficult.

They represent agencies who work on a daily basis with women, men, and children who have experienced, perpetrated or been exposed to violence in the home. They provide a unified voice for their members and are regularly consulted by the media and legislators for input on issues related to violence against women. PATHS’ vision is a society free from violence. PATHS’ mission is to collaborate with PATHS members, and to provide research, program development, awareness, and education on interpersonal violence to all.

We commend the work of organizations like PATHS as they help victims of violence take back their lives and take the next steps on their healing journey. We as a students’ union are stewards of the next generations of community members here and abroad and through education, collaboration, and action we can make sure compassion, comfort, and confidence are the reality for all women.

Indigenous women account for 16% of all murdered females between 1980 and 2012 despite making up only 4% of the female population. From 2001 – 2015, the homicide rate for Indigenous women was nearly six times higher than that for non-Indigenous women.

On June 3, 2019, the National Inquiry released its Final Report which included 231 Calls for Justice to be taken by federal, provincial, territorial, and municipal governments, institutions, social service providers, industry, and all Canadians – calling for transformative legal and social changes. The Final Report further calls for the decolonizing of Canadian society and reinstating the power and place of Indigenous women, girls, and LGBTQ and two-spirit people by indigenizing structures, institutions, legislation, and policies.

While the formal name of the Inquiry is “the National Inquiry into Missing and Murdered Indigenous Women and Girls,” the mandate covers all forms of violence. By not being limited to investigating only cases of Indigenous women who went missing or were murdered, it can include women and girls who died under suspicious circumstances. 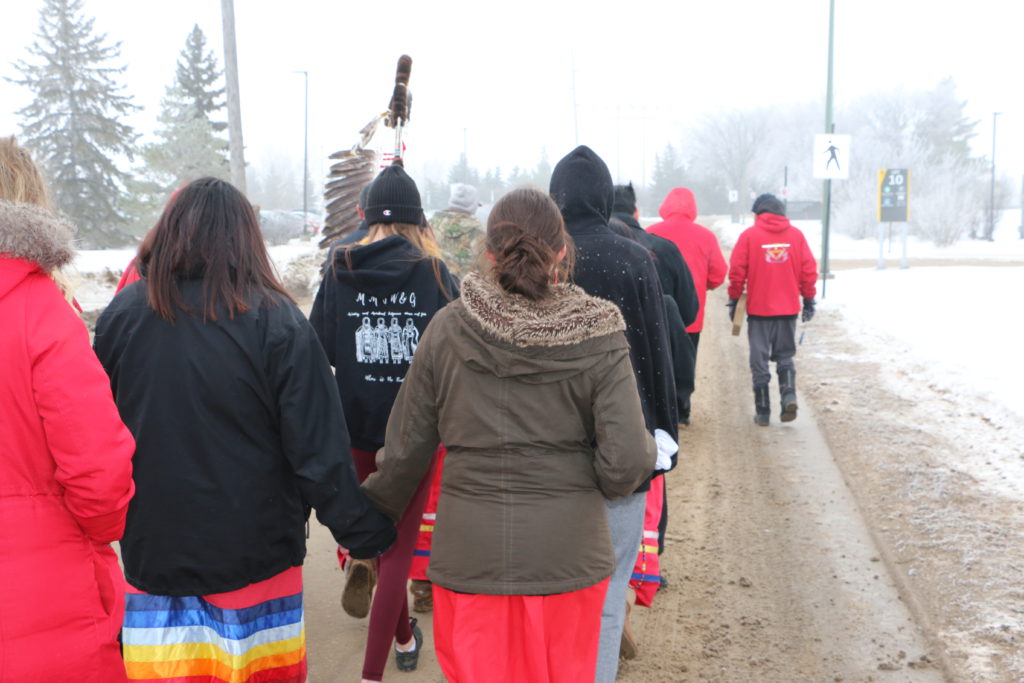 The painful effects of systematic violence towards women continues to create barriers and cause trauma for generations of indigenous women across Canada and on campuses near and far. In 2020, URSU joined the smudge walk and protest held by the First Nations University and their Student Association to express their outrage for the University of Regina inviting the convicted killer of Pamela George to speak at their annual Woodrow Lecture. In areas all across Canada and the world, one might see a red dress hanging in a window or a red scarf tied around a tree. These are part of the Red Dress Project and stark reminders of the violence that women face everyday but specifically in areas like the Highway of Tears in British Columbia.

As the Government of Canada has done, URSU is committed to establishing and supporting a national action plan to address violence against Indigenous women, girls and LGBTQ and two-spirit people. 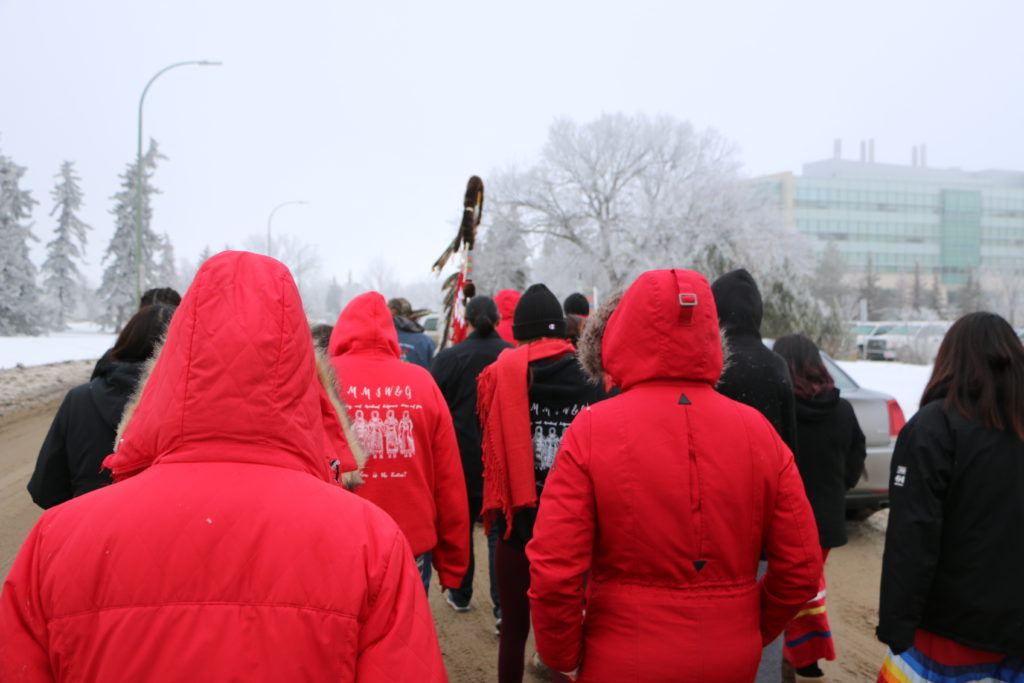 Iran has seen deep public unrest recently, with demonstrations and protests taking place in some 80 cities, triggered by the tragic death of Mahsa Amini, who was detained by authorities in Tehran on 13 September and died, while in custody, three days later.

URSU stands with women in Iran, their supporters, and the UN Women Council, in supporting women of Iran in their rightful demands to protest injustice without reprisal, and to be free to exercise their bodily autonomy, including their choice of dress and also supports them in seeking accountability, and the upholding of their basic human rights as stipulated in the Charter of the United Nations. 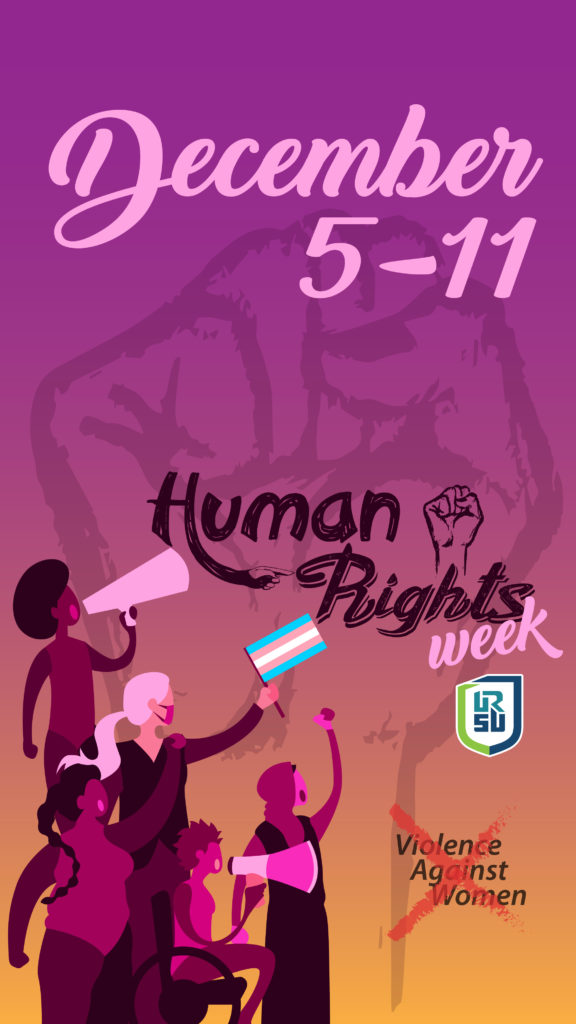