Polite but to the point, they let their plight be known through the halls of the University of Regina and hopefully heard in the hearts of those on campus.

“STUDENTS UNITED WILL NEVER BE DEFEATED”

Marching past the UR International Offices before gathering on the Administrative Humanities Building, home to the President and Chancellor’s Offices.

Students, staff, politicians, and community members shouted and chanted within earshot of the UofR Executive offices and Financial Services. 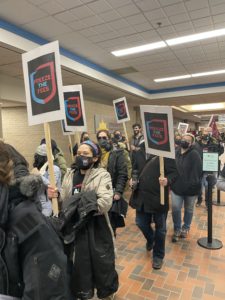 They marched to protest the fees paid by international students, which can be changed on a whim by the University of Regina and are staggeringly higher than what domestic students pay. International undergraduate students pay almost $21,000 – $22,000 in tuition fees, while Canadian students pay just over $7,000. 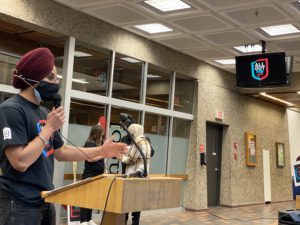 “The government cuts off grants and subsidies,” said Harveer Singh, URSU Vice-President of Operations and Finance. “ Now the institution can increase tuition as they like each year.” 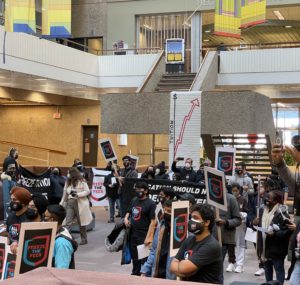 Representatives from campus groups and student leaders spoke in solidarity with international students and in support of a freeze on the rising cost of tuition.

“Without immediate action the University will continue to build a wall limiting those who can get an education,” said Brendan Campbell, Campus Program Manager with UR Pride Centre for Sexuality and Gender Equality. “The University’s policies will prove to make the University more elitist, exclusive, and unsafe to those who are the most in need of a university education.”

Emily Eaton, University of Regina Faculty Association said “a tuition freeze is NOT a radical proposition, it is within reach. We are in this struggle together and we want our universities to be accessible for all.”

Amanda Marie Leader, with the First Nations University of Canada Student Association, talked about the higher cost of education for an international student compared to domestic students. “It’s absolutely jaw-dropping how much the international students pay extra,” Leader said. “And it’s quite disgusting how much the University of Regina exploits visitors to Canada.”

Krystal Lewis, Executive Director of the Regina Public Interest Group (RPIRG), expressed why she supported a freeze on tuition and the fees paid by international students  “For far too long they have been made to pay so much money and haven’t received the same support and benefits of being a student here so they can thrive on campus and in the wider community.” 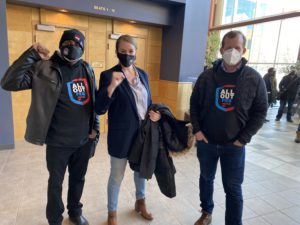 Saskatchewan NDP MLA Aleana Young spoke about the need to change how the provincial government looks at post-secondary funding as right now it is a case of students spending more and getting less.

“We have the lowest retention rate of international students in Canada,” Young said. “So this is a provincial government that is taking as much money as they can out of your pockets and they don’t even care if you stay.” 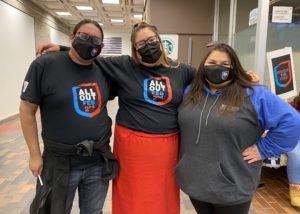 The Feb. 2nd rally and march through the University is the first step to change, adding the “freeze the fees” protest will continue, with the student union bringing a petition to the spring sitting of the Legislative Assembly of Saskatchewan.

“Seeing the solidarity from different students’ unions and organizations is amazing,” said Leader.  “And I hope it leads to good change.”

“If it wasn’t for the students paying the fees, especially the international students, these schools and universities, including mine the First Nations University, wouldn’t be here – so it’s our say.”

For more information on Freeze the Fees, please click here.