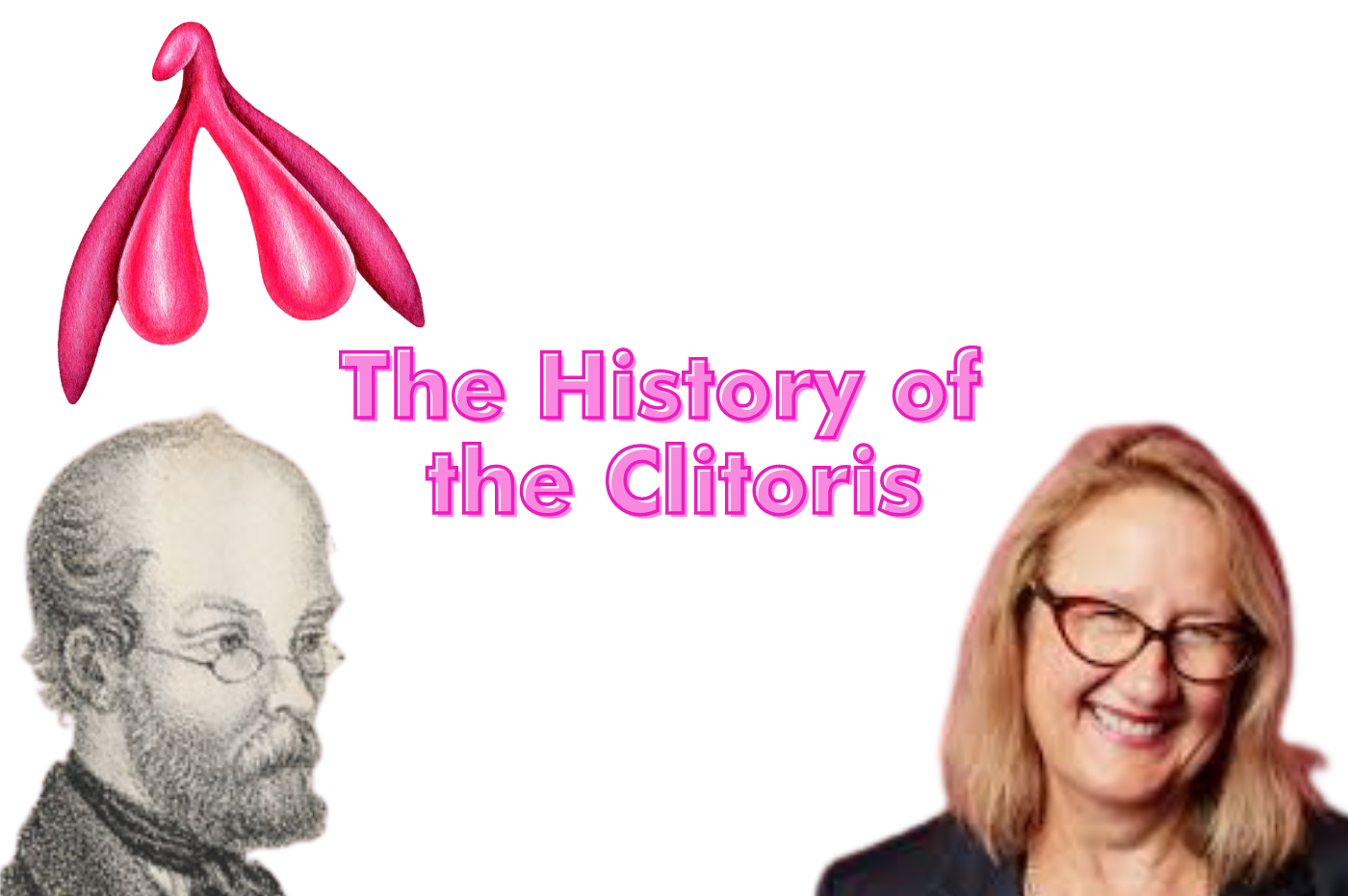 At the start of the 20th Century, Sigmund Freud believed that orgasms experienced through clitoral stimulation were “immature” compared to orgasms reached through vaginal penetration.  He even went so far as to label women who didn’t orgasm with penetration as “frigid & in need of psychiatric assistance”.

A contemporary of Freud’s, psychoanalyst Marie Bonapart (Napoleon’s great grand niece), took this to heart and after measuring the distance between the clitoris & vaginal opening in hundreds of women determined that the reason why she was unable to experience orgasm, though she had many lovers, was because her clitoris was too far away from her vagina.

She opted for a surgical procedure to move her clitoris which, as you can imagine, was a tragic failure.

At the time of Bonapart’s surgery, anatomists had not fully mapped out the structure of the clitoris yet.  In fact it wasn’t until 1998 that we fully understood that what we can see of the clitoris is truly just the “tip of the iceberg”.

8000+ nerve endings*, erectile tissue which engorges when stimulated, seemingly only with one function – pleasure!  Meet the Clitoris!! 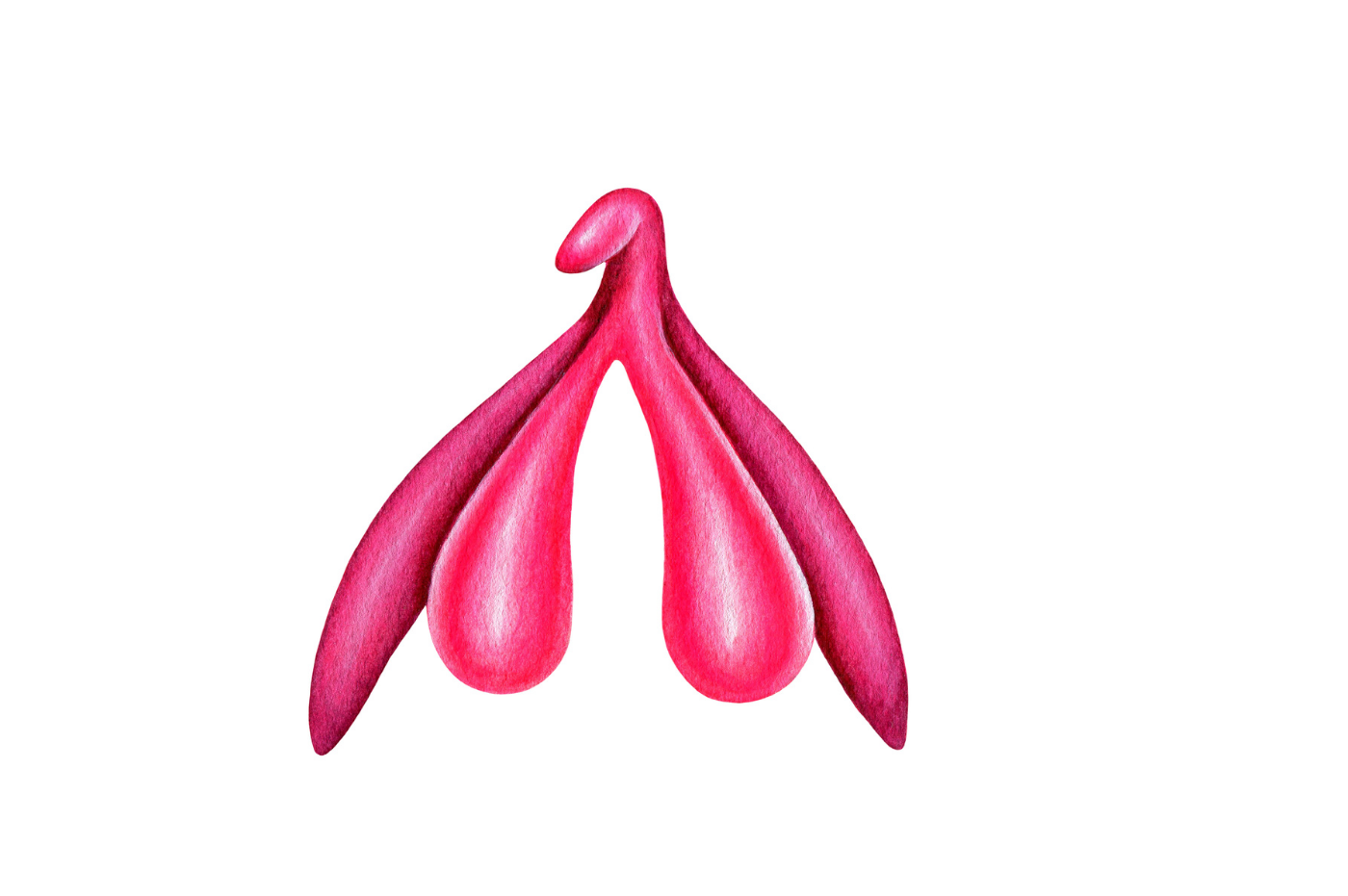 The word clitoris comes from the Greek word, “kleitoris” which means “little hill”. As we’ll discover in this video – the clitoris is actually much more than a little hill.

The first recorded acknowledgement of women’s sexual anatomy was during the Roman Empire by Claudius Galen who theorized that “all the parts, then, that men have, women have too, the difference between them lying in only one thing, namely, that in women the parts are within, whereas in men they are outside” – he made no mention of the clitoris. 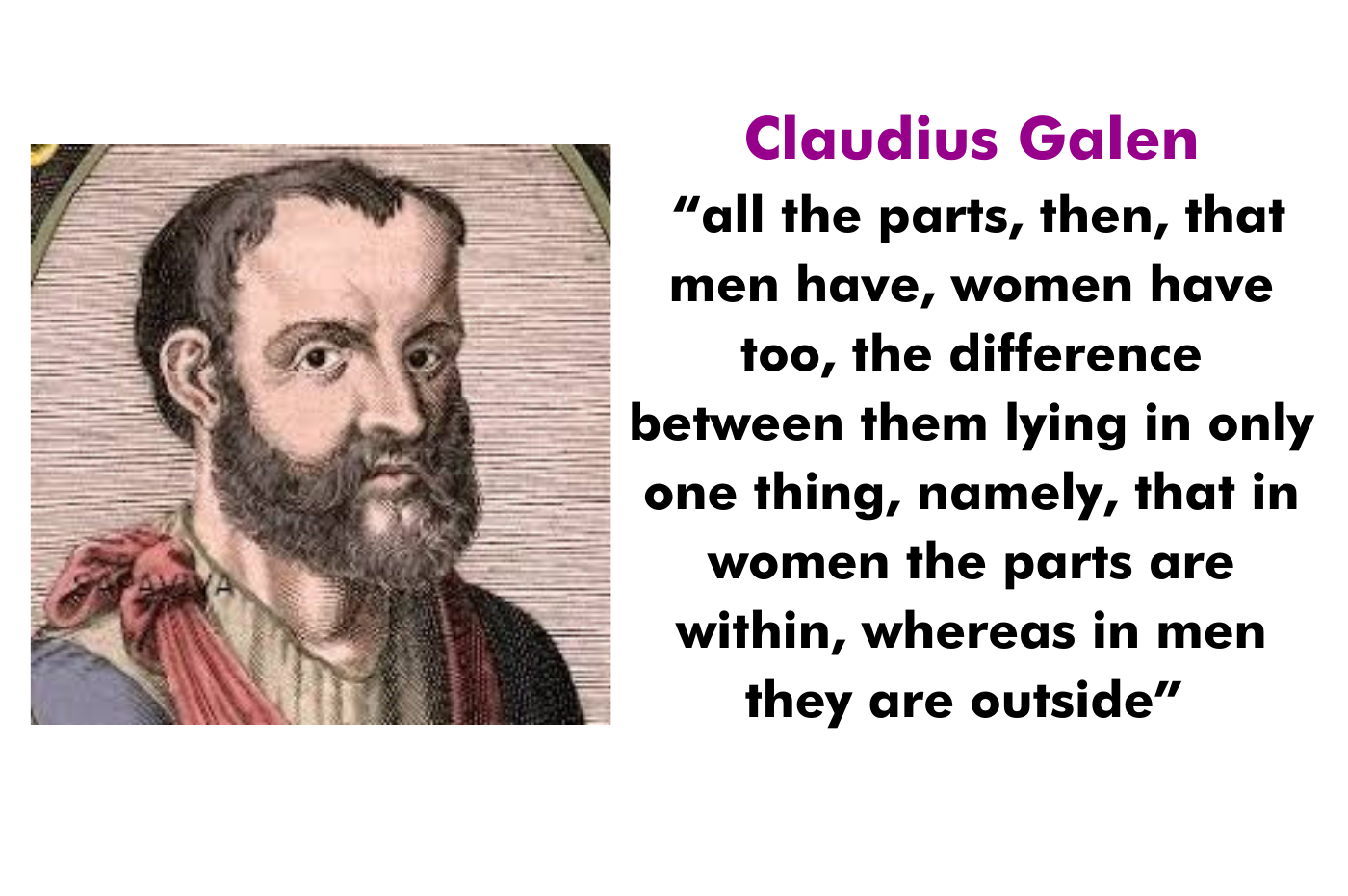 In 1486 The Witches’ Hammer, is published & it identified the aroused and engorged clitoris as “the devil’s teat,” and claimed it was evidence of dealings with the devil, or witchcraft.

In 1559 – the Clitoris was “discovered” by an anatomist Renaldus Columbus who called it the “love of venus” and spoke to what we know now is the primary function of the clitoris – as the seat of pleasure! He also was the first to hint at the erectile tissue in the structure of the clitoris. 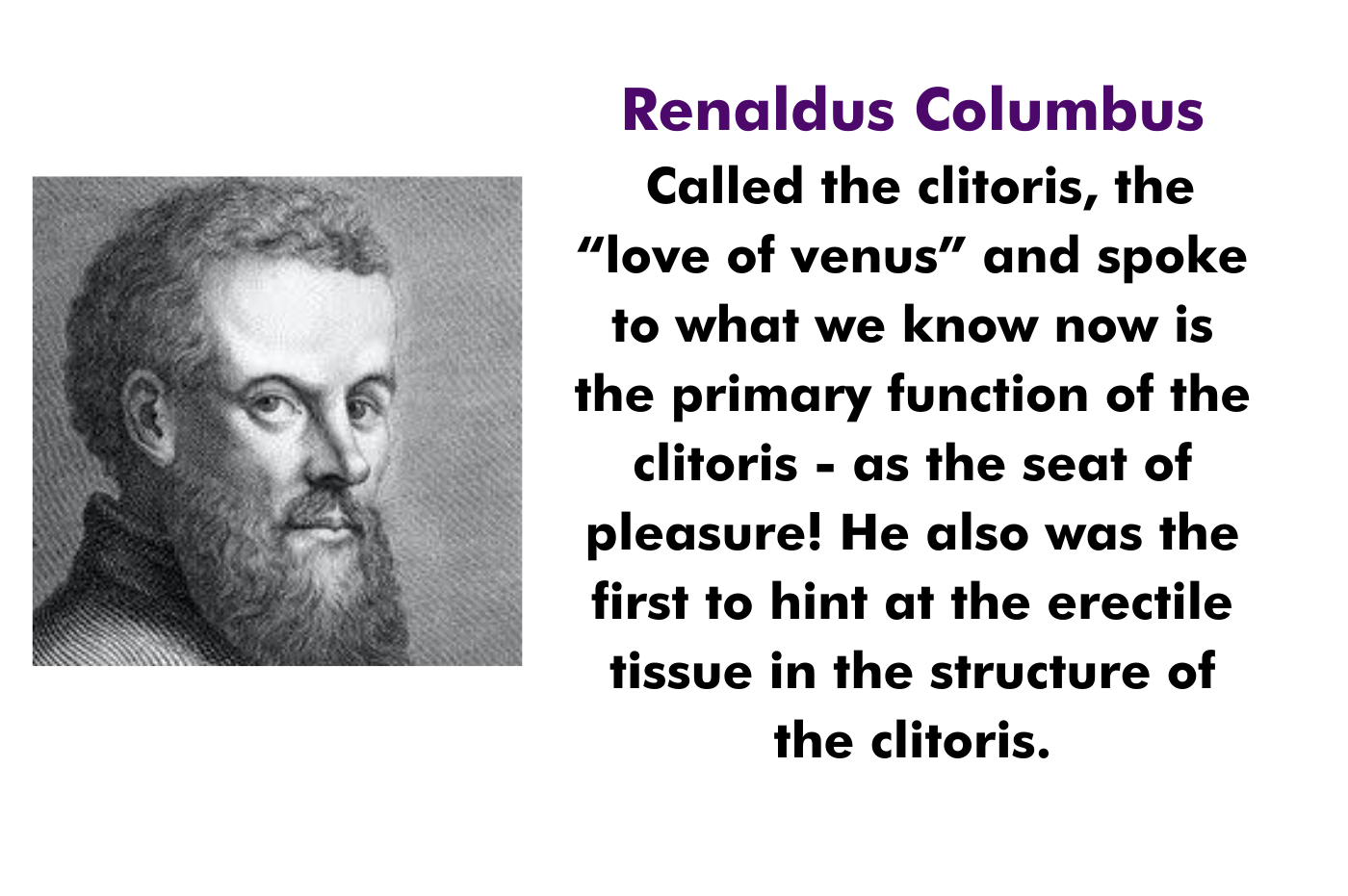 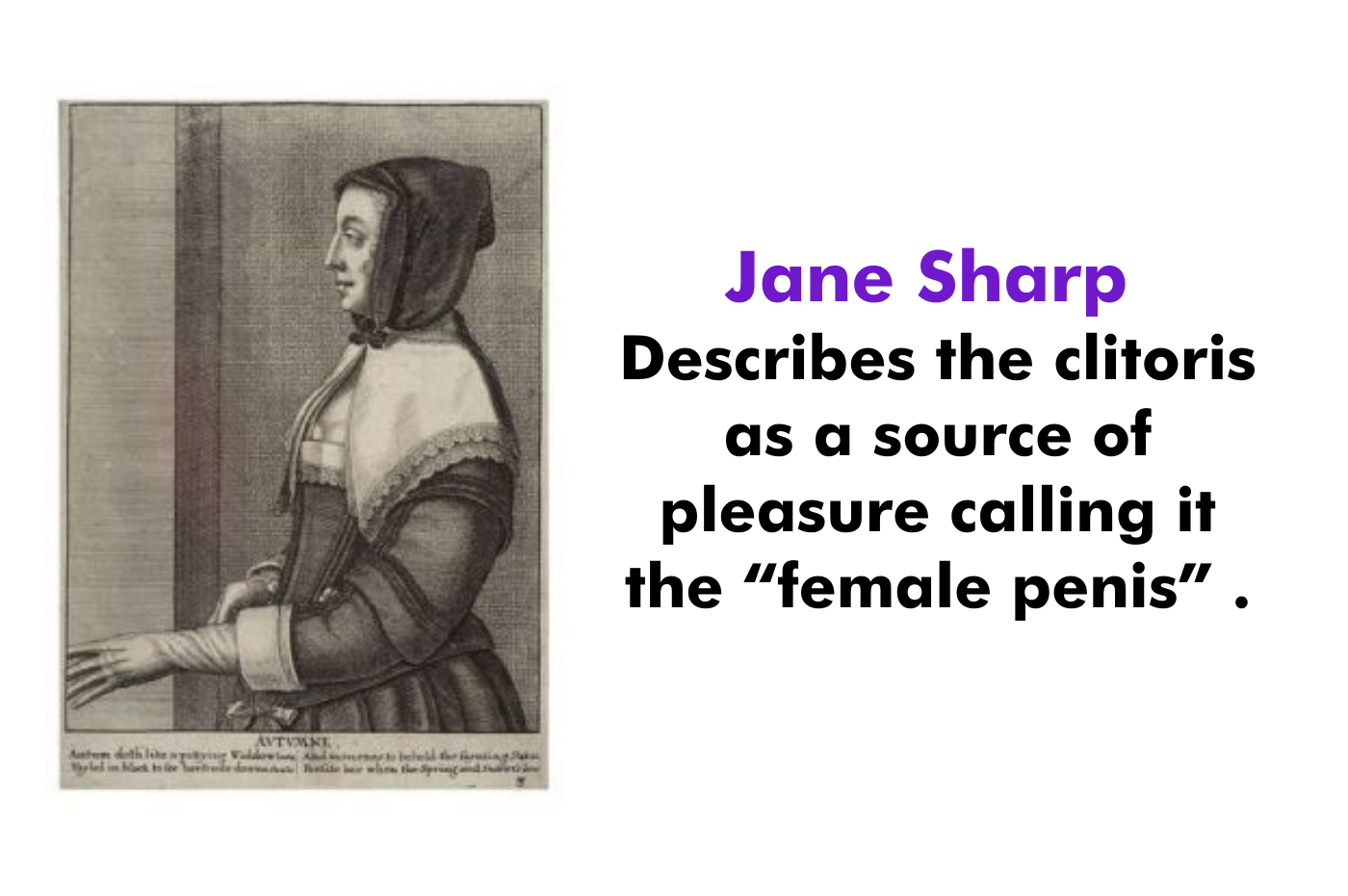 We see our most detailed anatomical reference to the clitoris in 1672 by Reigner De Graaf and in 1844 German anatomist, George Ludwig Kolbelt, in an attempt to prove that women’s anatomy is analogous to men’s presents the first representation of the clitoral bulbs – although he didn’t link the bulbs to the clitoris as a single structure. 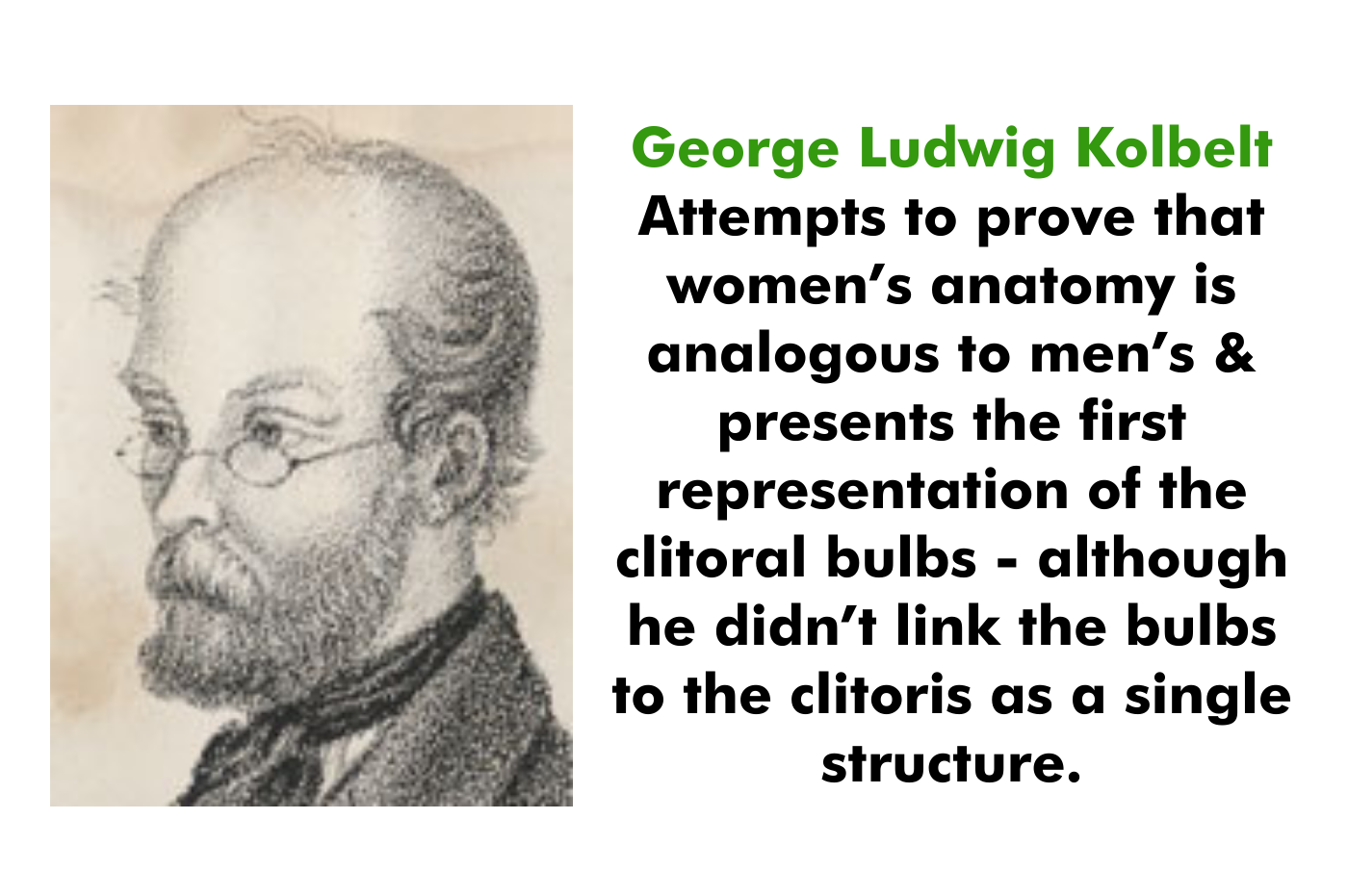 Then, in 1948 – something strange happened… The clitoris disappears!

In 1948 the clitoris was erased from Gray’s anatomy. An editorial decision was made to remove the clitoris from this text!

A few years later in 1953, biologist Alfred Kinsey, stated that the clitoris is the center of women’s pleasure and in 1966 Masters & Johnson tested both clitoral & vaginal orgasms in their laboratory & concluded they were essentially the same when it came to sexual response, putting Freud’s theory of an orgasm hierarchy to rest.

But, it wasn’t until 1998 that we really began to understand the clitoris.

In the early 1990’s, Australian Urologist, Helen O’Connell noticed the care that was taken during prostate surgery to protect the nerve endings in the sexual anatomy of people with penises. She wondered why the same care wasn’t being taken to protect people with vulvas & vaginas during surgery. 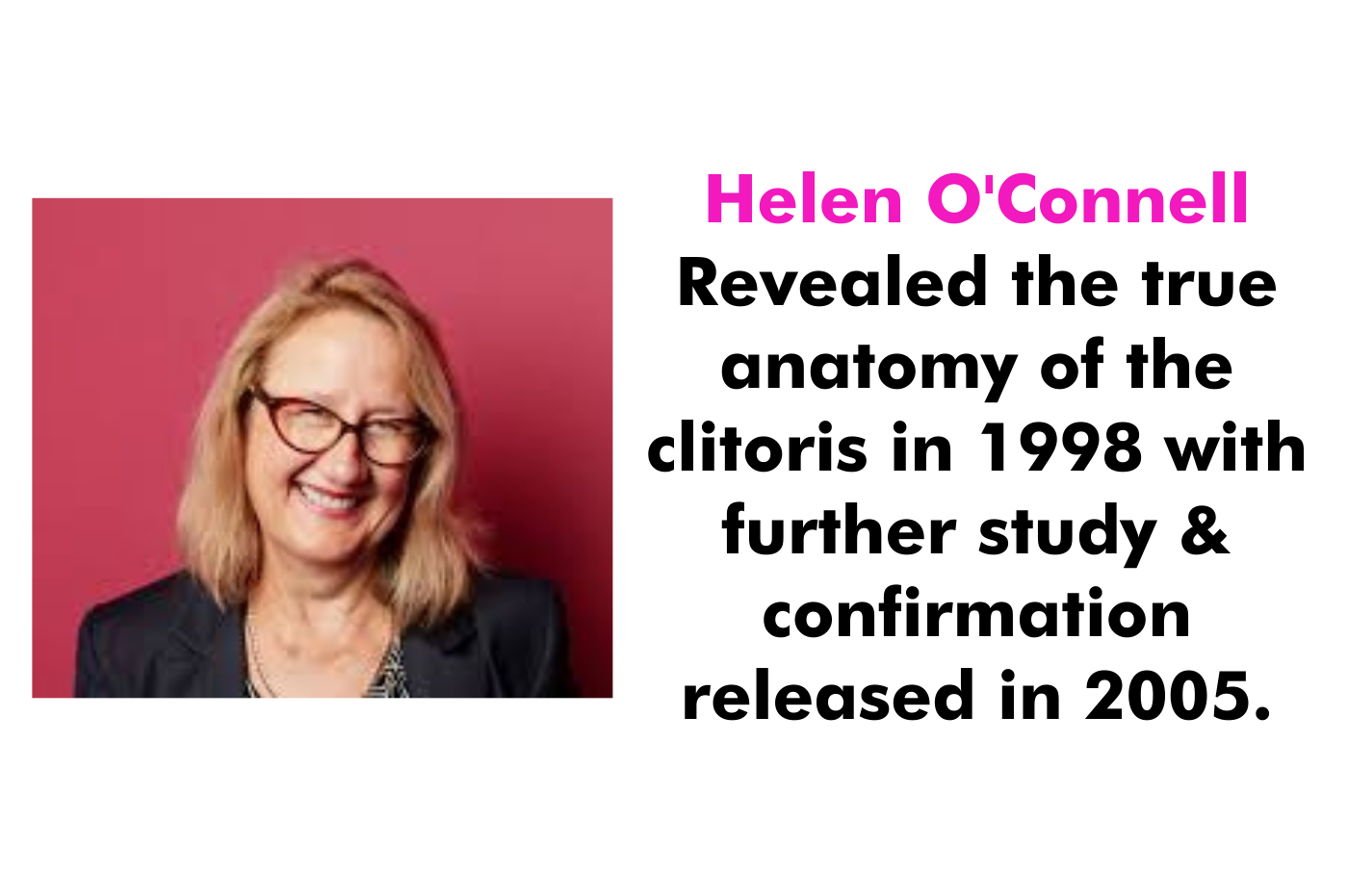 What do we know about the clitoris now?

About 90% of the clitoris is beneath the surface and a more accurate term for it as suggested by Helen O’Connell is “The Clitoral Complex”. The clitoris has at least 8000 nerve endings (2-3X as many as the penis) Inside the body – the clitoris is intimately connected to the urethra & the vagina and is believed to be responsible for g-spot & vaginal orgasms (further debunking Freud).

Surveys show that 15% of people with vulvas & vaginas can have an orgasm without direct stimulation of the clitoral glans/hood – but the most reliable path to orgasm is through touching the clitoris. As far as we know, the sole function of the clitoris is pleasure.

Good sex happens when we understand our bodies, and the bodies of our sexual partners, keep watching this space for more anatomy lessons.

*There is some debate about the number of nerve endings in the glans (visible part) of the clitoris.  Though 8000 is a commonly reported number, this is a number estimated by sex researchers.  The vulva continues to be under-researched and we hope that accurate information is coming soon.